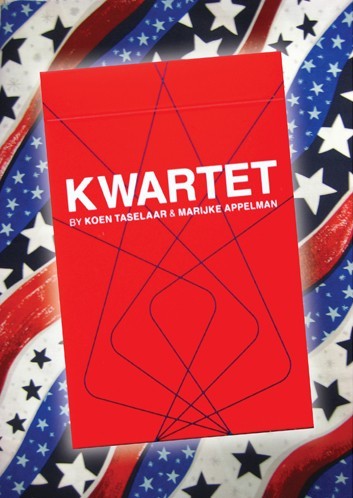 Kwartet is a Dutch card game using the simple premise of collecting a complete family/set of four cards (a so-called Kwartet) per given category. In this version of the game the fourteen families are formed by artworks grouped by their underlying subject matter or the formal principles used. The goal of the game is to obtain the most sets of four by keeping track of who is holding which card.

The Kunst & Kennis game is an experimental game based on a walk inside and around the Rijksmuseum and is to be played with six people.