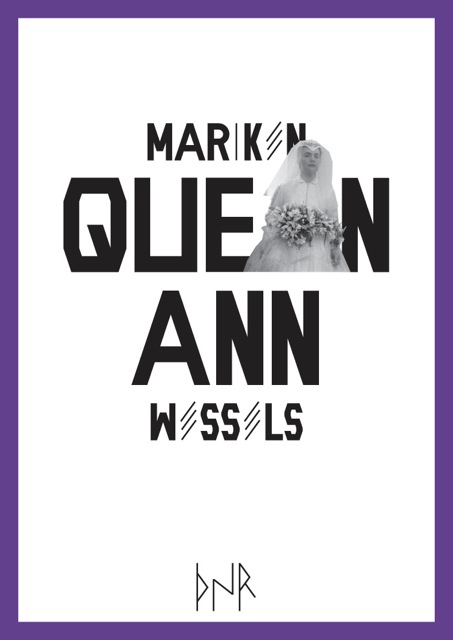 De Zwarte Ruyter is pleased to announce:
An exhibition by Mariken Wessels and a book presentation in collaboration with Esther Krop from Alauda Publications.

In 2008 Mariken Wessels (1963 Vlaardingen) self-published her first artist book titled ‘Elisabeth – I want to eat -‘. The book, which has been referred to as ‘a little gem’ by several art critics, has won the Silver Medal Book Award at Fotofestival di Roma and was recently acquired by the book collection of the MoMA in New York.

Mariken Wessels’ second artist book ‘Queen Ann. P.S. Belly cut off’ depicts the unfolding of a melancholic narrative of a woman, whose life seems to be dominated by her obesity.
The photographs are sourced from an existing person, a middle-aged woman wringing with her self-image in an endless stream of manipulated photographs of herself, making them into a true cabinet of curiosities.

De Zwarte Ruyter will be transformed by Wessels into an archive of the original materials: a collection of photographs, film material, collages and personal notes in which the artist is re-directing the story of a life; blurring the lines between fiction and reality, giving way in the process to a seemingly ‘higher’ reality.

Mariken Wessels will sign her books during the opening. A limited edition of ‘Queen Ann’ (75 copies) with two original photographs is available at BookCase or can be ordered at Alauda Publications, a new publishing house in the field of contemporary art, culture and theory.