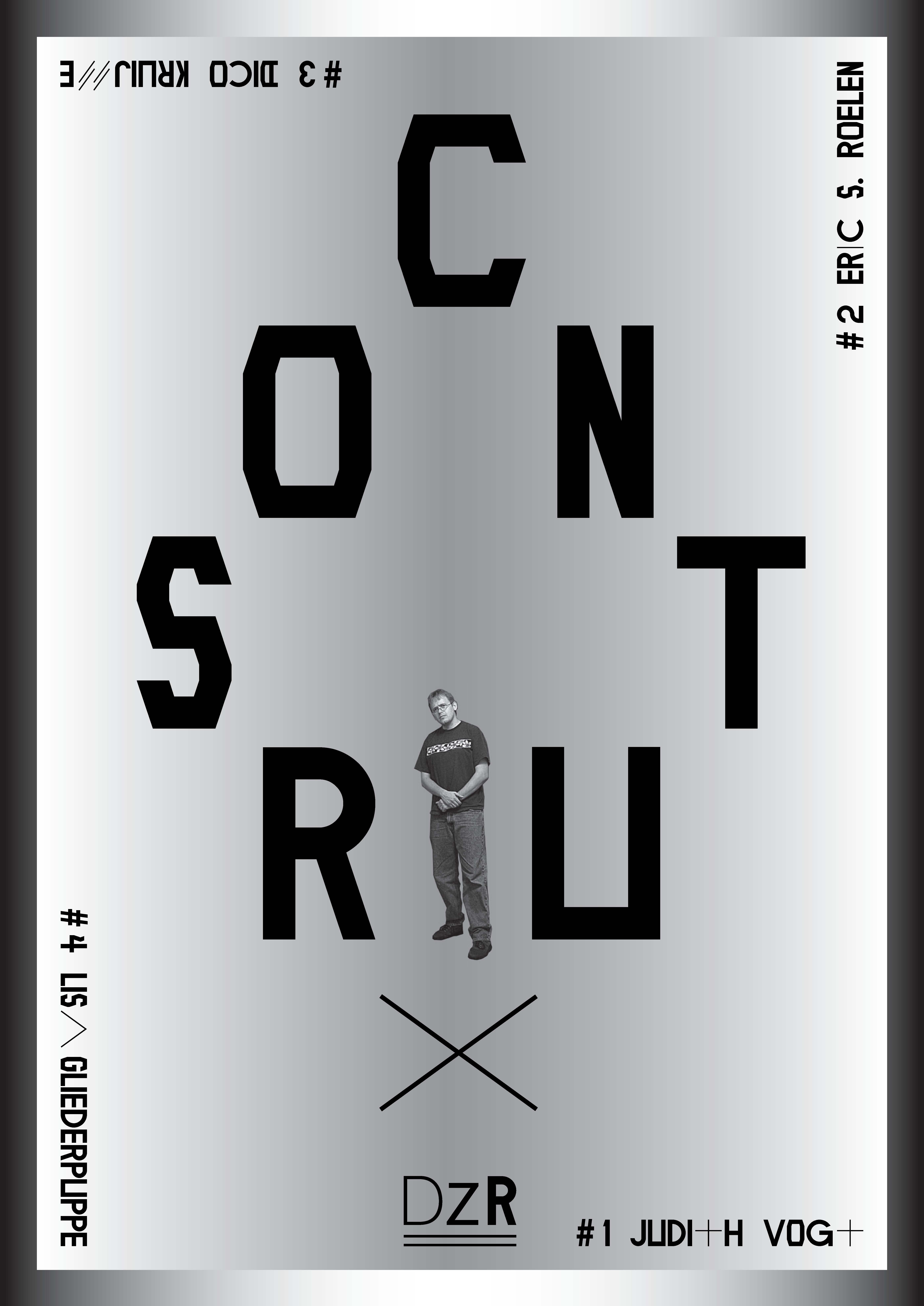 De Zwarte Ruyter presents a series of ‘Construx’, easy set and instant sculpturing characterized by the usage of scaffolding and refuse materials. Tactile sense, organic assembly and undirected construction will function as outset in the yearning for hard labor, artful cause and effect.

In-between
Owing to the fact that the construction is not to be completed in a formal sense, the work as to that point will be lionized at four in-between stages.